Season of the Witch (2011)
PG-13 | 1h 35min | Action, Adventure, Fantasy | 7 January 2011 (USA)
Director: Dominic Sena
Writer: Bragi F. Schut (as Bragi Schut)
Stars: Nicolas Cage, Ron Perlman, Claire Foy
Story:
A 14th century Crusader returns to a homeland devastated by the Black Plague. A beleaguered church, deeming sorcery the culprit of the plague, commands the two knights to transport an accused witch to a remote abbey, where monks will perform a ritual in hopes of ending the pestilence. A priest, a grieving knight, a disgraced itinerant and a headstrong youth who can only dream of becoming a knight join a mission troubled by mythically hostile wilderness and fierce contention over the fate of the girl. When the embattled party arrives at the abbey, a horrific discovery jeopardises the knight’s pledge to ensure the girl fair treatment, and pits them against an inexplicably powerful and destructive force. 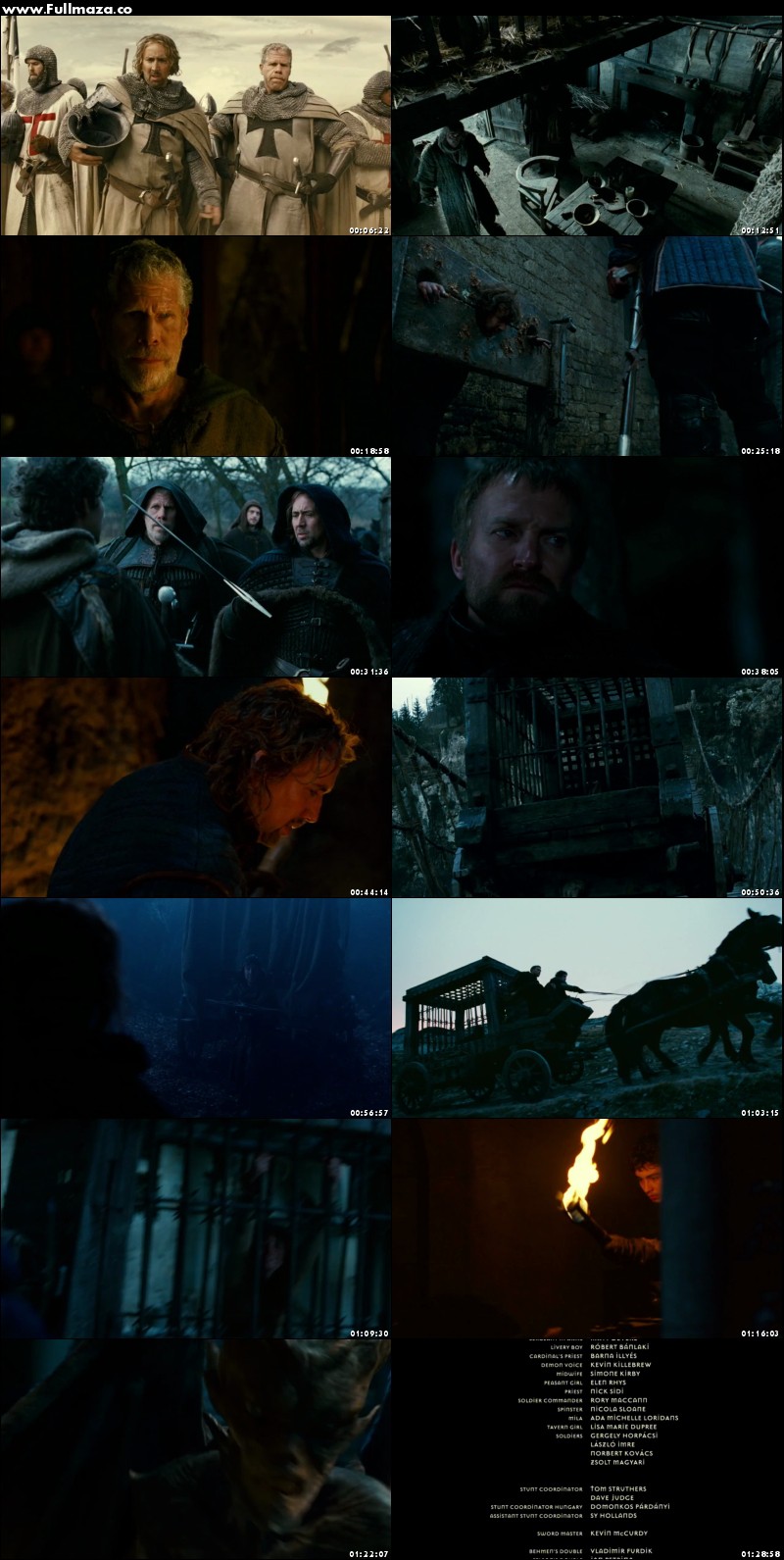